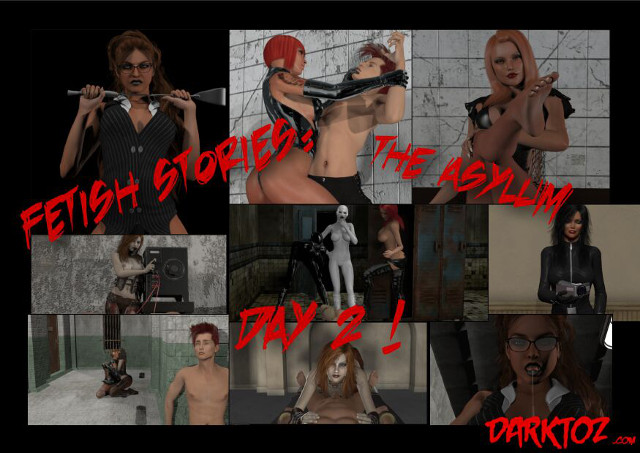 Day 2 of ‘Fetish Stories: The Asylum’ is finally released! In fact, it was already released on the 2nd of july! So if you’re reading this and haven’t played it yet, you are a little late :D. I don’t want to go into too much detail, just be sure that you’ll get a clue what truely happens in the asylum…but you haven’t even scratched the surface! 🙂 The 2nd Episode, like all other episodes to come, will be patreon exclusive! 3$+ Supporters can already play it, 1$ Supporters have to wait until the 12th of july. But even 3$+ Patreon Supporters can look forward to that date, because I’m planning a little something extra for that release. Version 1.3 will have a unique bad ending and maybe another video to discover.

We also hit the 250$ stretch goal, which means I can go on a 3D asset shopping tour. I have already bought most of the stuff, patreon supporters can decide if we still need more hairstyles, more whips or more boots!

That’s it. Yeah, I know…quite a short update. But come on, it’s released in time, and I’m busy updating my poser library with new stuff 😉